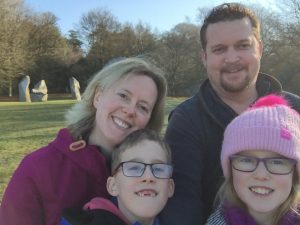 Abigail was born in Sussex but has had a life-long love of Cornwall. She finally moved in 2005 to (ostensibly) work at Rick Stein’s restaurant but in reality to be nearer to her Cornish boyfriend, Jeremy! They married in the summer of 2007 and with a brief stay in nearby Mitchell moved to Tregony the following year.

Their first Christmas at Lynwood was celebrated by the birth of Megan, and three years later, again just before Christmas they celebrated the arrival of Seth.

Jeremy has lived locally all his life, he works as a Chartered Surveyor and as of 2017 has become a Director at Edward Buckland. With his love of the countryside and all things Cornish he is an excellent resource for local information, especially Caerhays, which is one of the estates he helps manages.

The daft dog pictured below, is Cecil, he lives outside keeping watch. Cecil is a semi retired trained gun dog. He loves cuddles and nowadays lots of snoozes. He often walks around carrying something, and if let will of course play chase though at nearly 12 years old we would prefer he didn’t as he has had a few funny turns of late.

Abigail regrets that they are unable to accommodate visitors’ dogs in the B&B or the Studio but for those of you who do have a four legged friend who likes to come on holiday too, there are two cosy dog friendly cottages in the village  Frogmore Corner and Froglets, located 5 minutes walk up the hill, over looking the valley.  Frogmore Corner and Froglets are owned by Abigail’s parents and are available all year round for short breaks or weekly lets. 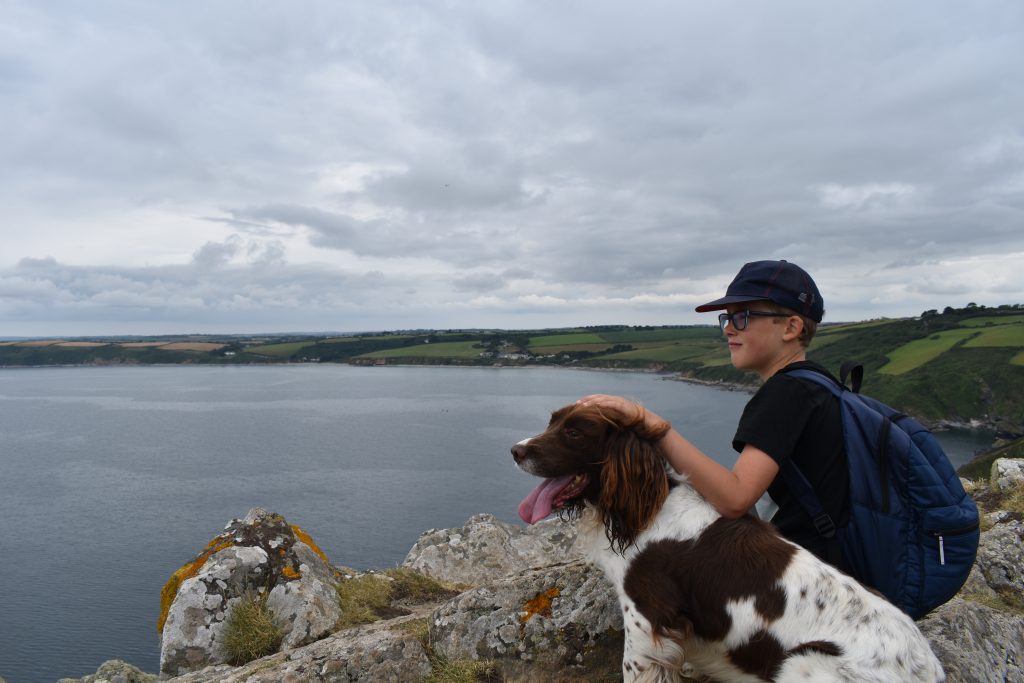 Site by Spun Sugar All images and text copyright Lynwood Bed and Breakfast Cornwall 2020
Back to Top
Enter your Infotext or Widgets here...